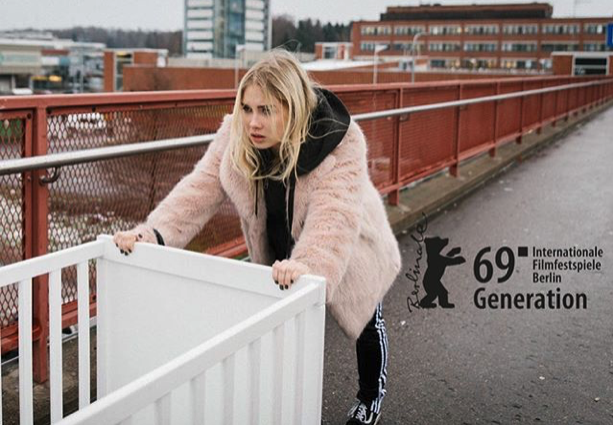 Winner of the teen screen award is a really well made touching movie with profound and very relatable characters. The storyline gave us a good insight into the world of teenagers and their problems. Although it was an emotional and hard movie, it had some funny aspects in it as well Stupid young heart, a film by Selma Vilhunen, is an important film about a brave teenage mom. 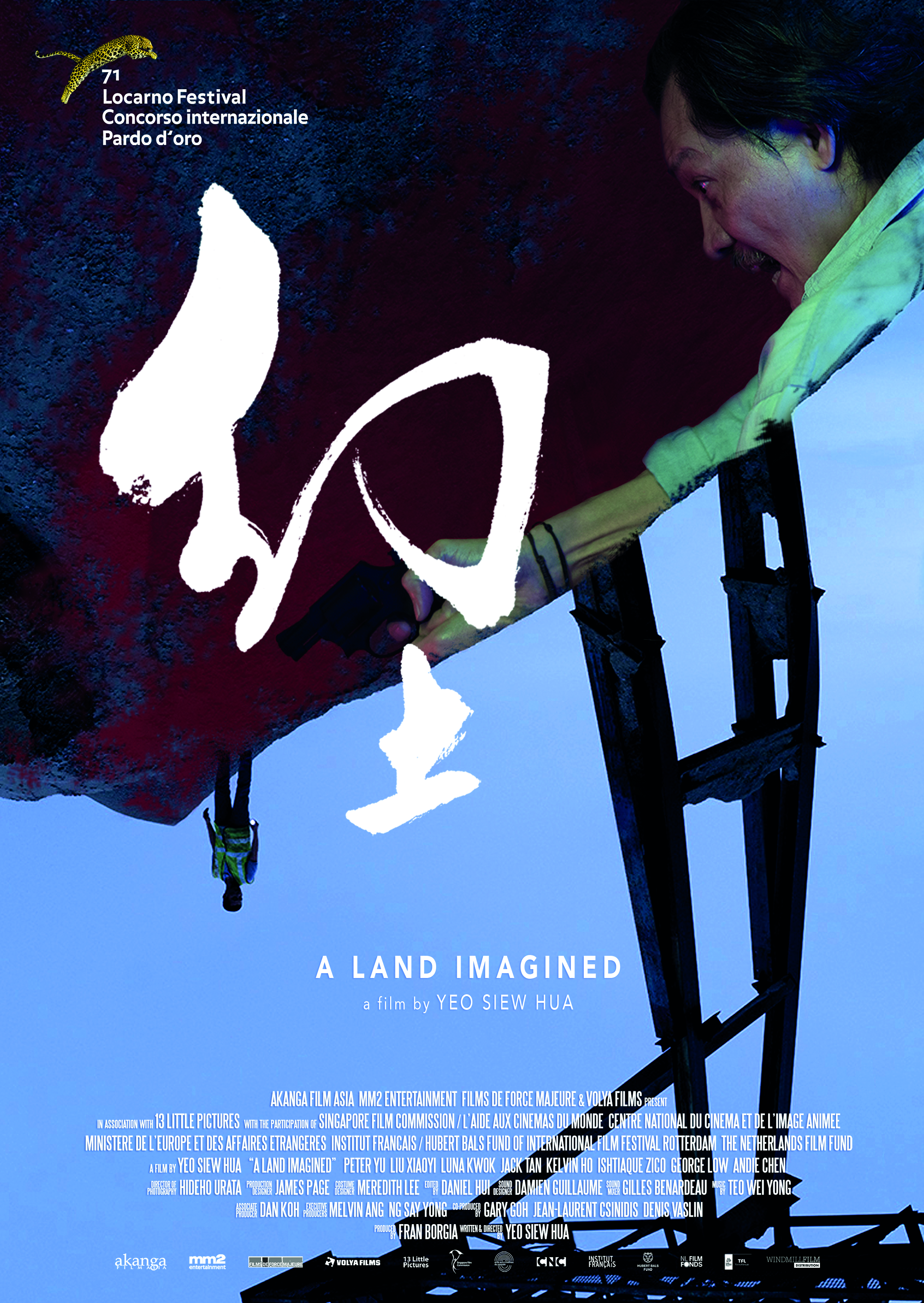 ‘A Land Imagined’ selected for the TIFF festival
‘A Land Imagined’ by director Yeo Siew Hua is screening on the TIFF festival. the screening of the 25th is sold out but there are still tickets left for the screening on the 27 and 30th of January. We are proud to distribute this beautiful film.
A migrant worker from China goes missing at a Singapore land reclamation site after suffering from insomnia. The trail leads the police to discover more than just history buried under all that sand.
In a city that never sleeps, its inhabitants dream awake. The film follows a sleepless policeman and his partner, who are tasked to uncover the case of a missing Chinese migrant worker.

Stupid Young Heart from director Selma Vilhunen is selected for the Berlinale festival of 2019. The movie is a co production of Tuffi Films (Finland), Hob Ab (Sweden) and Windmill Film.

Stupid Young Heart is an edgy and warm drama about suburban teenagers, who unexpectedly have to deal with grown up problems of pregnancy, while extreme right wing ideas enter their multicultural neighbourhood.

Marceline. A woman. A century at IDFA

Marceline. A woman. A century by Cordelia Dvorak will be shown at the IDFA festival. It premieres at November 16 in the EYE (19:30 hours).

Marceline is also a film about a unique love and partnership in film making, about surviving the Holocaust by fillm-making and about an unimpeachable witness of the 20th century.

Premiere Stones have laws at IDFA

Stones have laws by Lonnie van Brummelen and Siebren de Haan will be shown at the IDFA festival. It premieres at November 18 in the EYE (19:00 hours).

Combining African knowledge with indigenous skills, Suriname’s Maroons developed a way of life in which non-human persons such as stones an rivers co-govern. Village elders but also young men and women explicate how they live with the forest. They demonstrate the procedures to consult ancestors, gods and forest spirits. But the film also tells another tale, one of ongoing exploitation and struggle. In the time slavery, the Maroons battled fiercely against the Dutch colonial rule. In current days, their offspring is confronted with multinational firms who capitalize on the natural resources on their ancestral grounds. 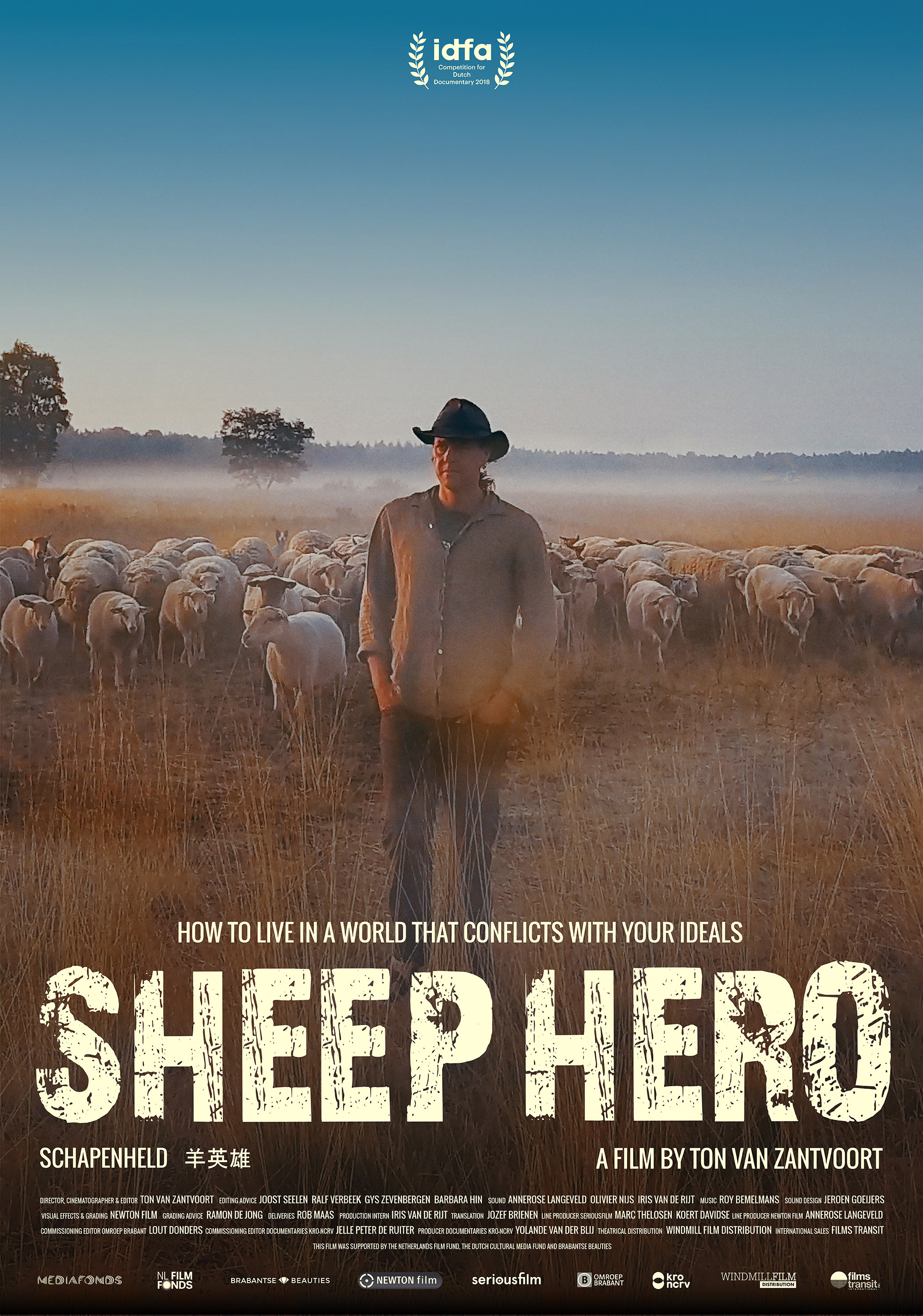 Sheephero by Ton van Zandvoort will be shown at the IDFA festival. It premieres at November 17th.

Sheephero tells the story of shepherd Stijn, an outspoken idealist who may have been born in the wrong place and era. He feels at home on the quiet heathlands tending his sheep, far away from today’s hectic Western society. Stijn and his family fight to maintain their quiet and simple life, but this is proving to be increasingly difficult in a densely populated, modern world where the power of money and mass production outweighs good intentions and slow traditions. The family is heading towards a turning point: they can either continue their downward spiral or throw in the towel.

The documentary starts from the romantic idea of living a mindful life as a sheep herder, but then clearly reveals the frustration of a non-conformist who is only trying to live his own life. The beautiful images and storyline of the documentary clearly depict the constant physical and mental struggle of the protagonist as he tries to strike a balance between his ancient profession and being a modern-day entrepreneur. Stijn has to make choice, does he keep fighting the system or is there another option? 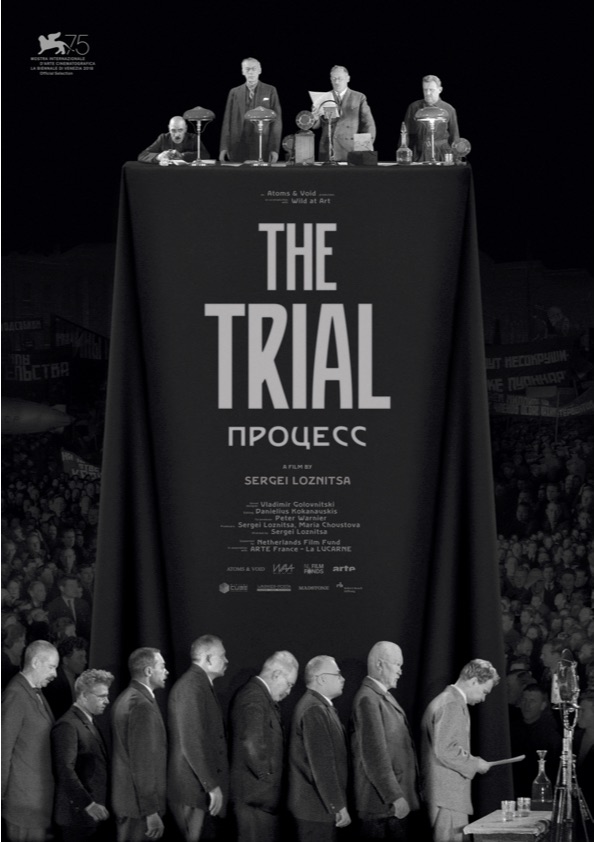 Premiere The Trail at IDFA

The Trail by Sergei Loznitsa will be show at the IDFA festival. It premieres at november 19th in Tuchinski 2 (19:30 hours)

Unique archive footage reconstructs one of the first show trials, masterminded by Stalin, which unfolds as a theatrical performance with actors – prosecutors, witnesses, defendants, judges – lying to themselves, to the audience and to the world. The drama is real, but the story is fake. The film gives an unprecedented insight into the origins of a deadly regime, which made the slogan “Lie is Truth” its everyday reality. 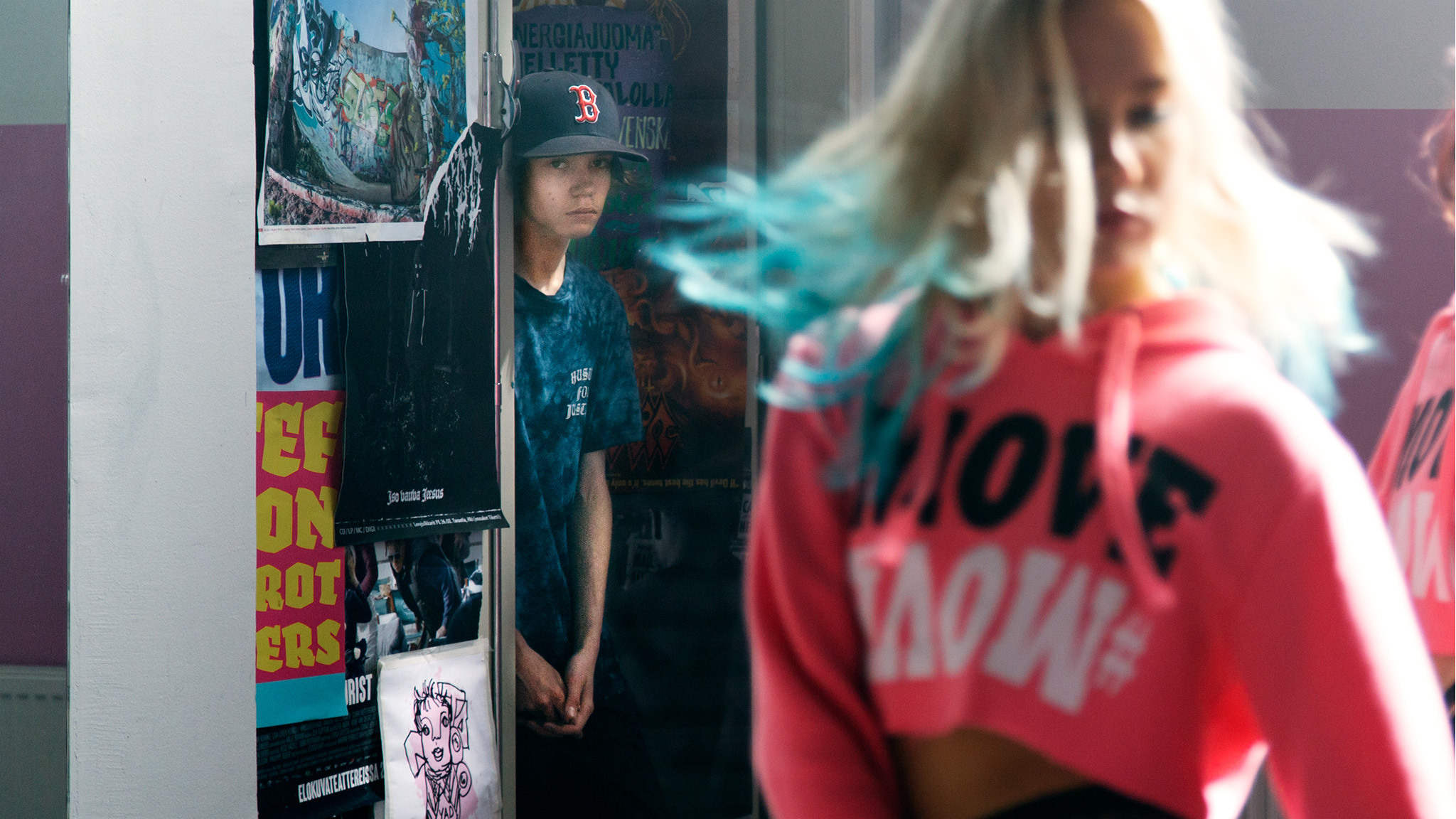 Stupid Young Heart, directed by Selma Vilhunen, will be screened at the Toronto International Film Festival this year. The feature film is a co-production between Tuffi Films (Finland), Hob Ab (Sweden) and Windmill Film.

Stupid Young Heart is about young and carefree Lenni and his girlfriend, who find themselves expecting a child. Lenni ends up looking for a role model in all the wrong places as he becomes involved with local right-wing activists.

UPDATE: Stupid Young Heart was released in Finland on October 10 and has over 50 000 visitors since. 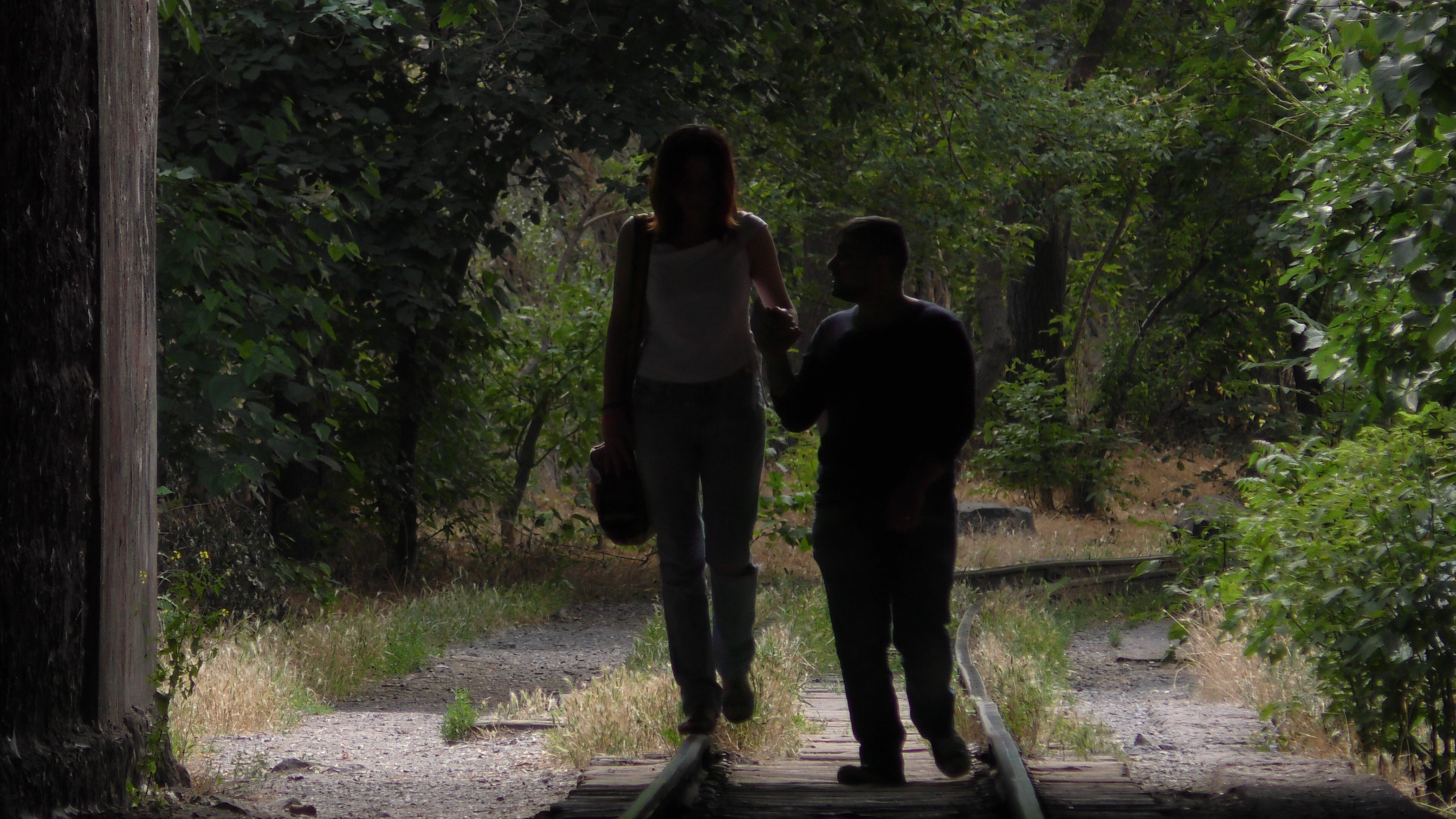 Mel(ine) receives 60.000 Euros from the Dutch Film Fund. Mel(ine) is an intimate documentary about one of Armenia’s most talented weightlifters, a once- beloved champion who has won medals and broken world records, but whose fame transformed into infamy when his transgender identity became public knowledge. 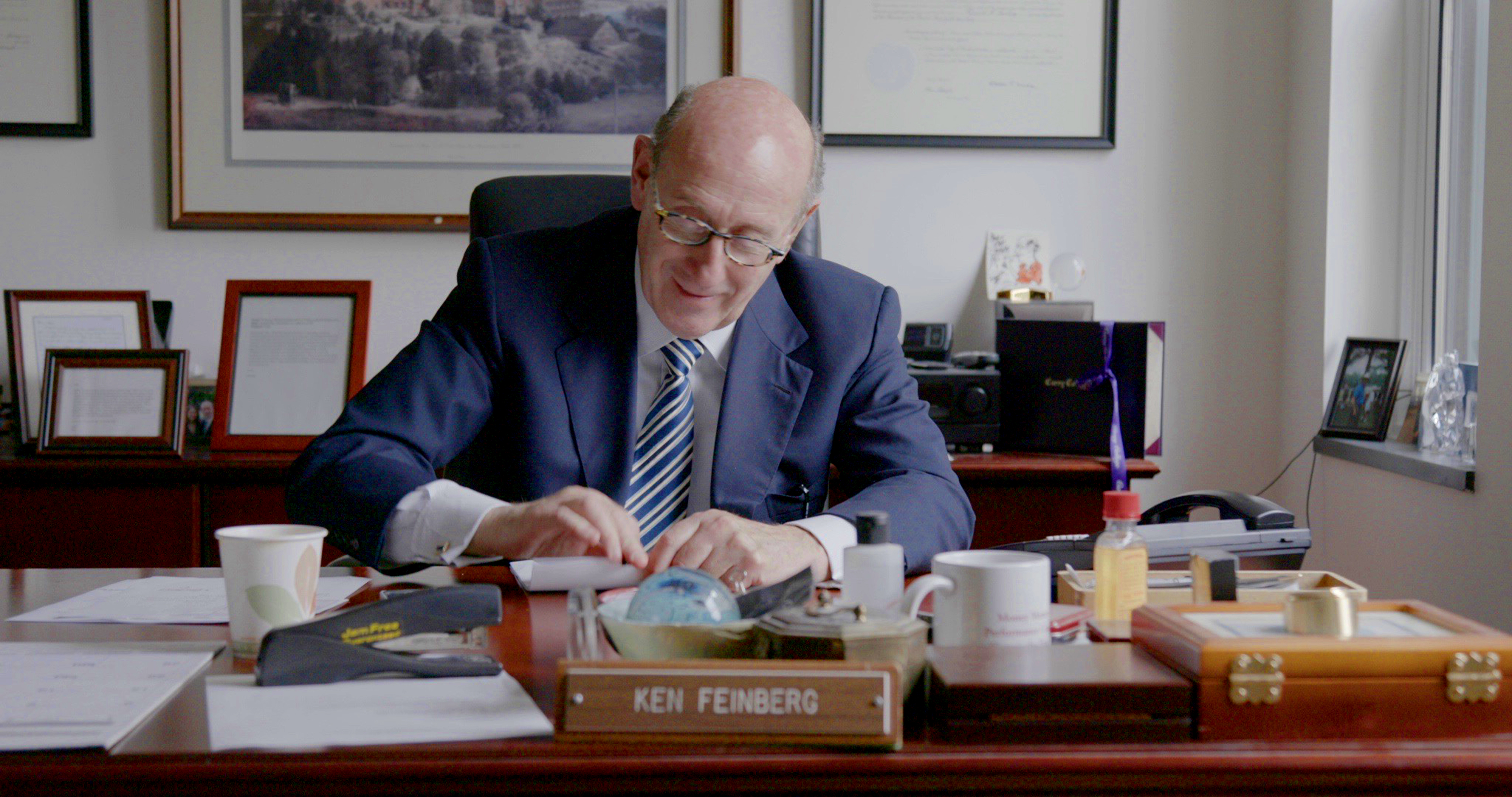 The documentary Playing God, about America’s most famous compensation specialist Ken Feinberg, will have its U.S. premiere on November 12th DOC NYC! (In coproduction with Bildersturm Filmproduktion.) 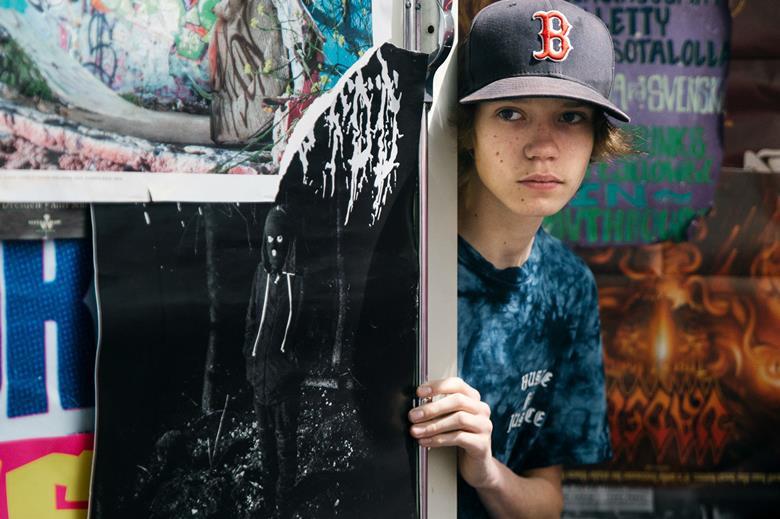 Filming has started for Tuffi Films’ feature Stupid Young Heart, directed by Selma Vilhunen, written by Kirsikka Saari. The main cast are newcomers Jere Ristseppä and Rosa Honkonen, while established acting talent includes Ville Haapasalo, Pihla Viitala and Katja Küttner. The shooting started in the first week of September 2017 and the domestic cinema release will be in October 2018.

Stupid Young Heart is an edgy and warm drama about suburban teenagers, who unexpectedly have to deal with grown up problems of pregnancy, while extreme right wing ideas enter their multicultural neighbourhood.

The film is a Finnish-Swedish-Dutch co-production. The international crew includes the DOP Lisabi Fridell, the Set Designer Eva Torsvall and the Editor Michal Leszczylowski, who is known for his work with Lukas Moodysson.

Director Selma Vilhunen says:
”Kirsikka Saari’s script has many layers. It is at the same time a sensitive and funny description of young people in this world that is at a turning point, with its adults more or less lost and afraid. The script looks at weakness in people and hatred from the eye level, aspiring to see beyond prejudice. Stupid Young Heart is fiction, but the nucleus is in the reality in which we live. Our talented young actors lead us into this reality, they recognise the story. It is a great pleasure to work with such brave and skillful people as my actors Jere Ristseppä and Rosa Honkonen. I feel that together we have embarked on a long journey and when we return, none of us will be the same as before.”

Vilhunen and Saari have previously collaborated in the short film Do I Have To Take Care of Everything? (2013, Tuffi Films), that received an Oscar nomination in 2014. Vilhunen’s debut fiction feature Little Wing (2016, Making Movies) premiered in the Discovery competition at the Toronto International Film Festival and has been nominated for the Nordic Council Film Prize this Autumn. 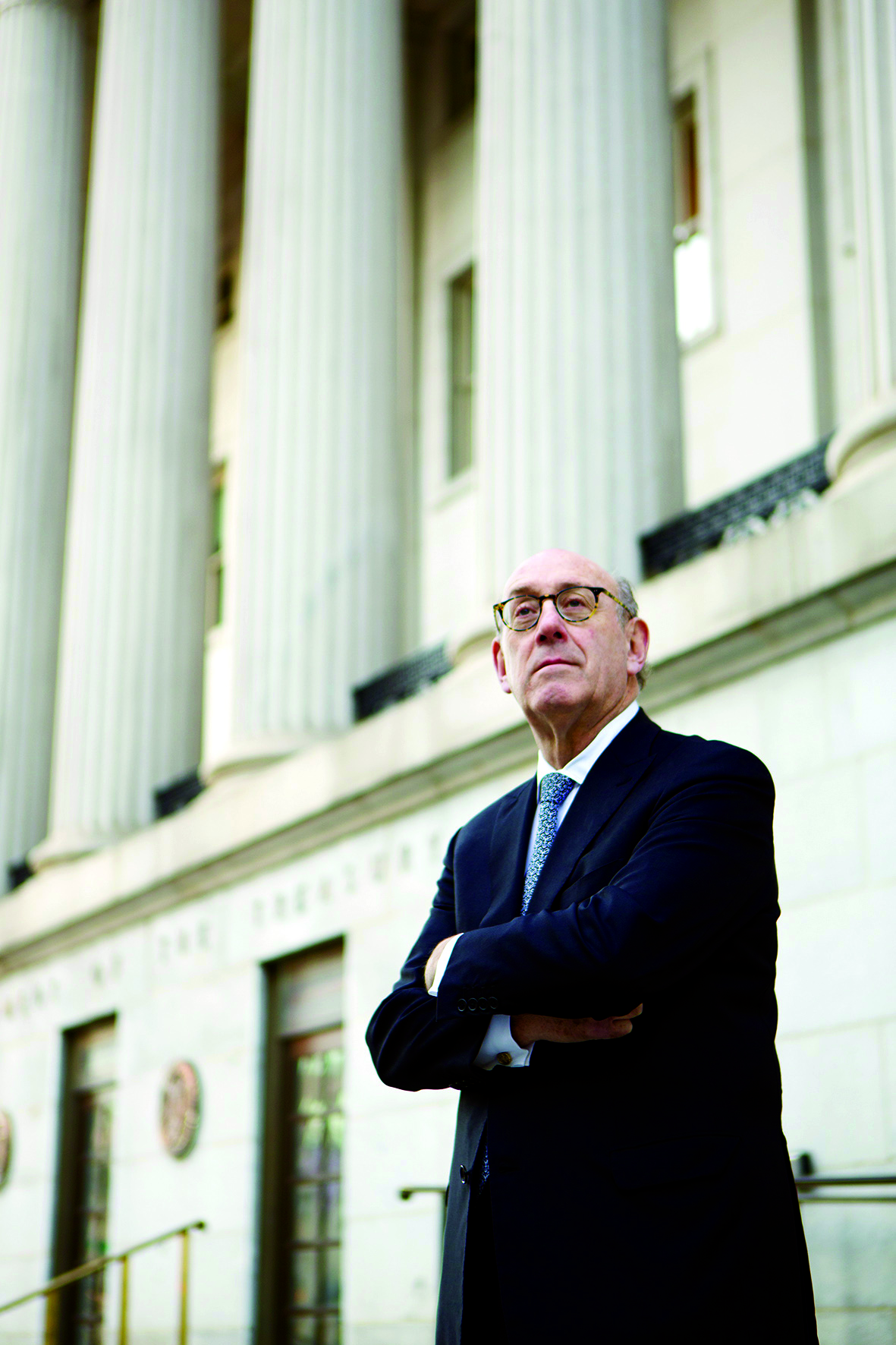 PLAYING GOD is more than just the story of a controversial man who at times seems virtually omnipotent: What happens within our Western system of values when economic interests and people’s lives become intertwined through tragedy? 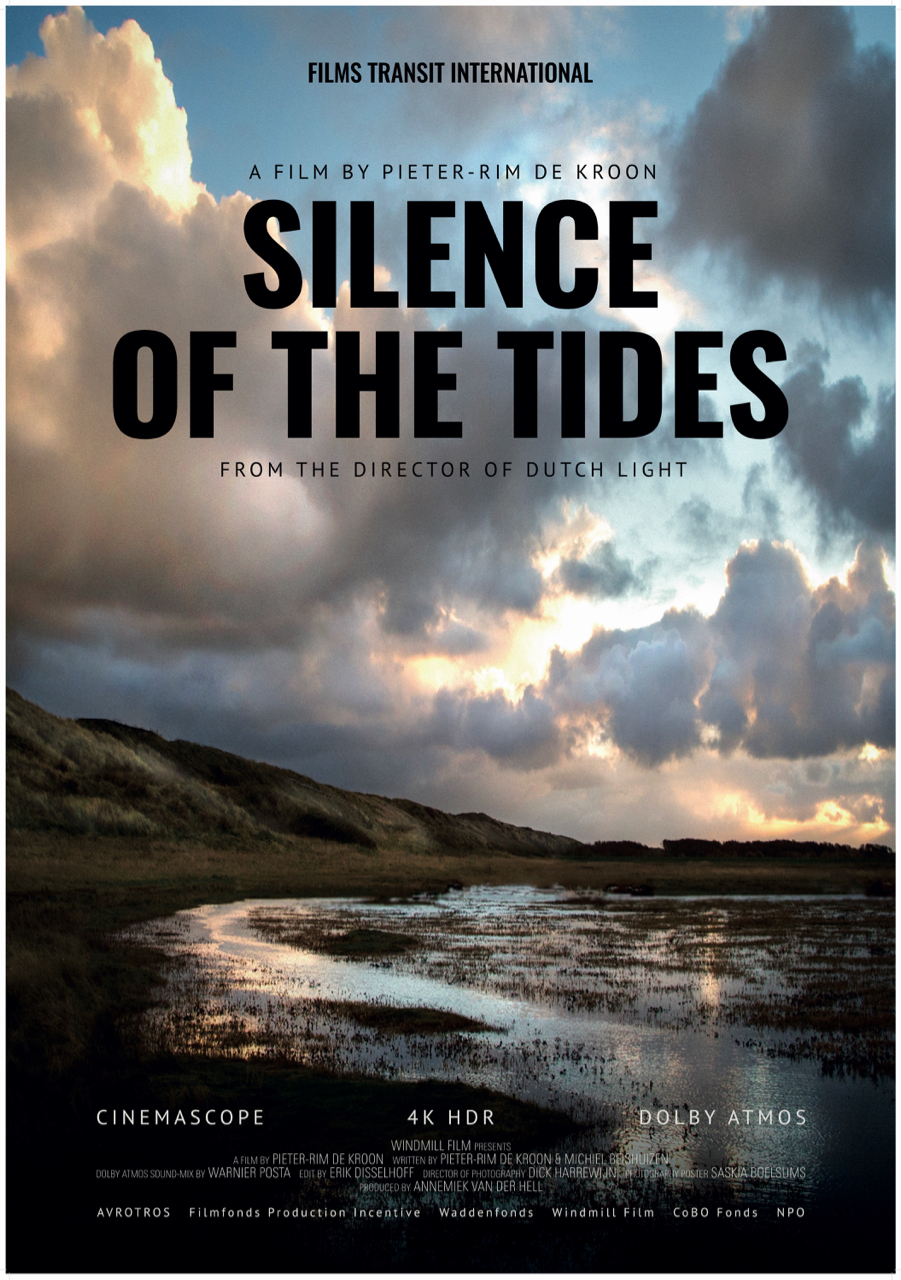 SILENCE OF THE TIDES In Production
SILENCE OF THE TIDES is a feature documentary for international cinema release about the Unesco World Heritage Site, the Wadden Sea, one of the largest wetlands, tidal and coastal systems in the world.
A film about the relation between man and nature.
Directed by Pieter-Rim de Kroon & produced by Windmill Film, Amsterdam.

For years, Director Roy Dames followed the activities of the Stoploverboys.nu foundation with his camera. The foundation was established to help women who have been victimized by loverboys. The film tells the story of founder Anita de Wit – from her relationship with her daughter Angelique, who is a victim of a loverboy to offering help to those in need. Prodigal daughter(s) / Lost Daughters gives insight in the difficulties faced by the women who are trying to build a new future after their troubled past. 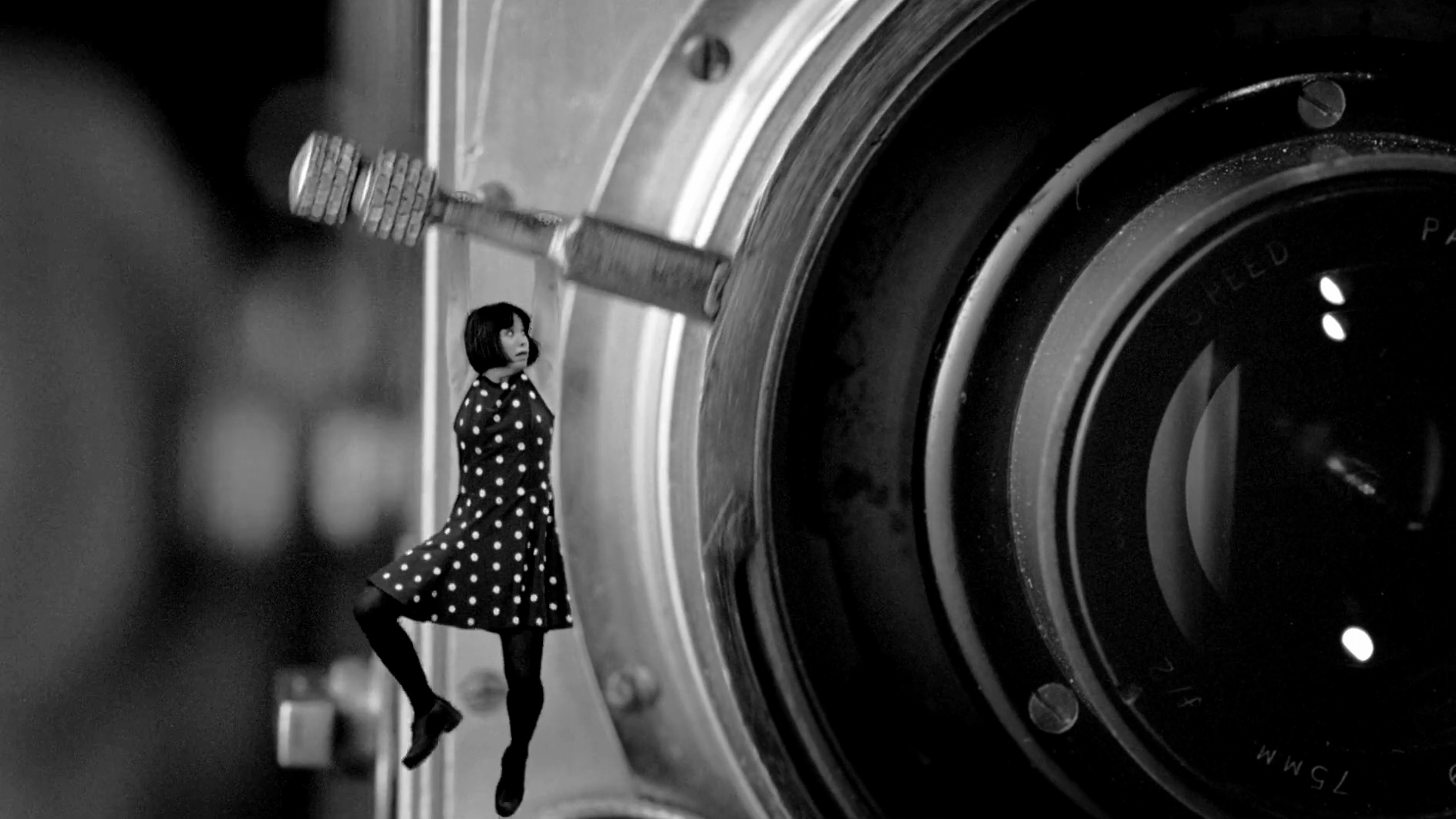 A love story between a tap dancer, a piano player and a 1922 hand cranked motion-picture camera. This short film explores the possibilities of the mechanical camera and analog black-and-white film and plays with the relationship between reality and fiction. In Dancin’ The Camera, the camera surpasses the function of a medium, by becoming a character and provides a stage for the story to play out. The choreography tells the story of the dancer, who, while she finds her dreams come true, finds what is real important to her. A tribute to tap dance and the magic of film – a classic and unique combination. 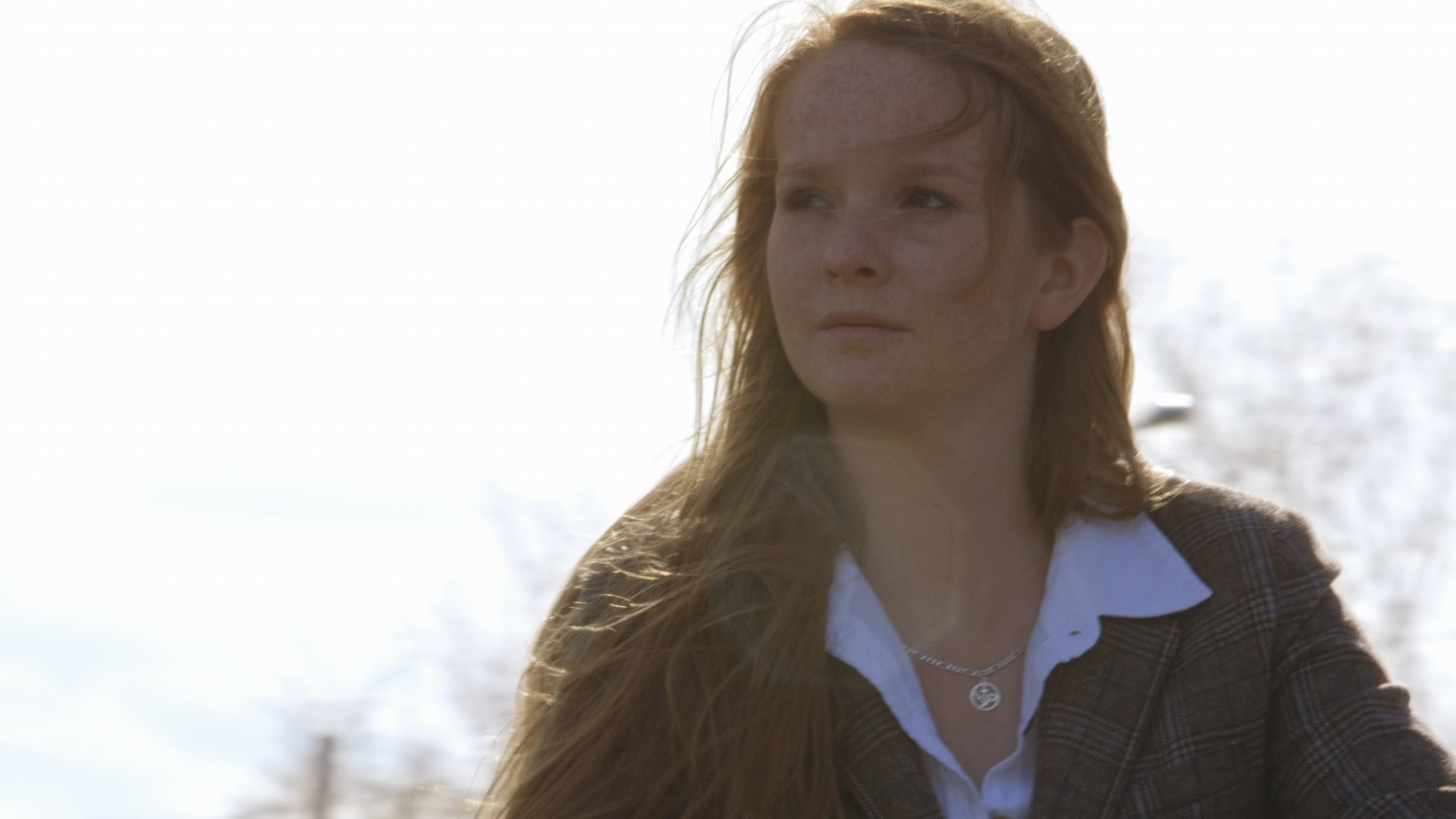 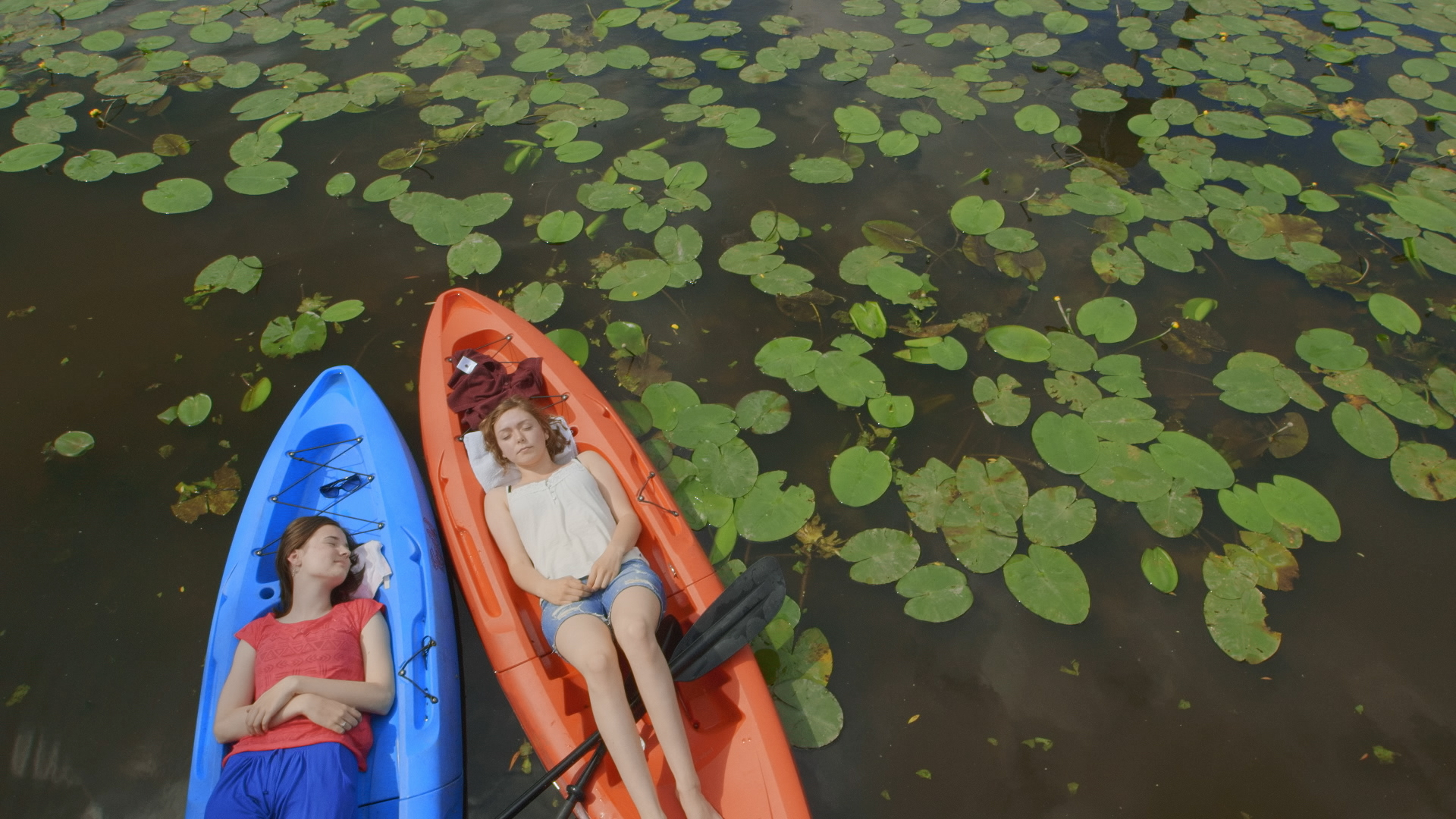 Spring Forward offers a fascinating look into the changing inner lives of young Orthodox Christians as they leave the safety of high school and fly out into the world. In this film by Ingrid Kamerling, young Orthodox Christians get ready to graduate high school and leave the Dutch Bible Belt. Alone in their rooms, the high schoolers turn to God with their doubts and desires. What will happen when they go off to university and leave the safety of home, school and church? Attending special classes on their transition, they are carefully prepared to stay afloat in a big world full of dangerous ideas. Will they be able to stay on track? Or will they lose their way? Coproduced by EO, Filmfund, CoBO & WINDMILL FILM. 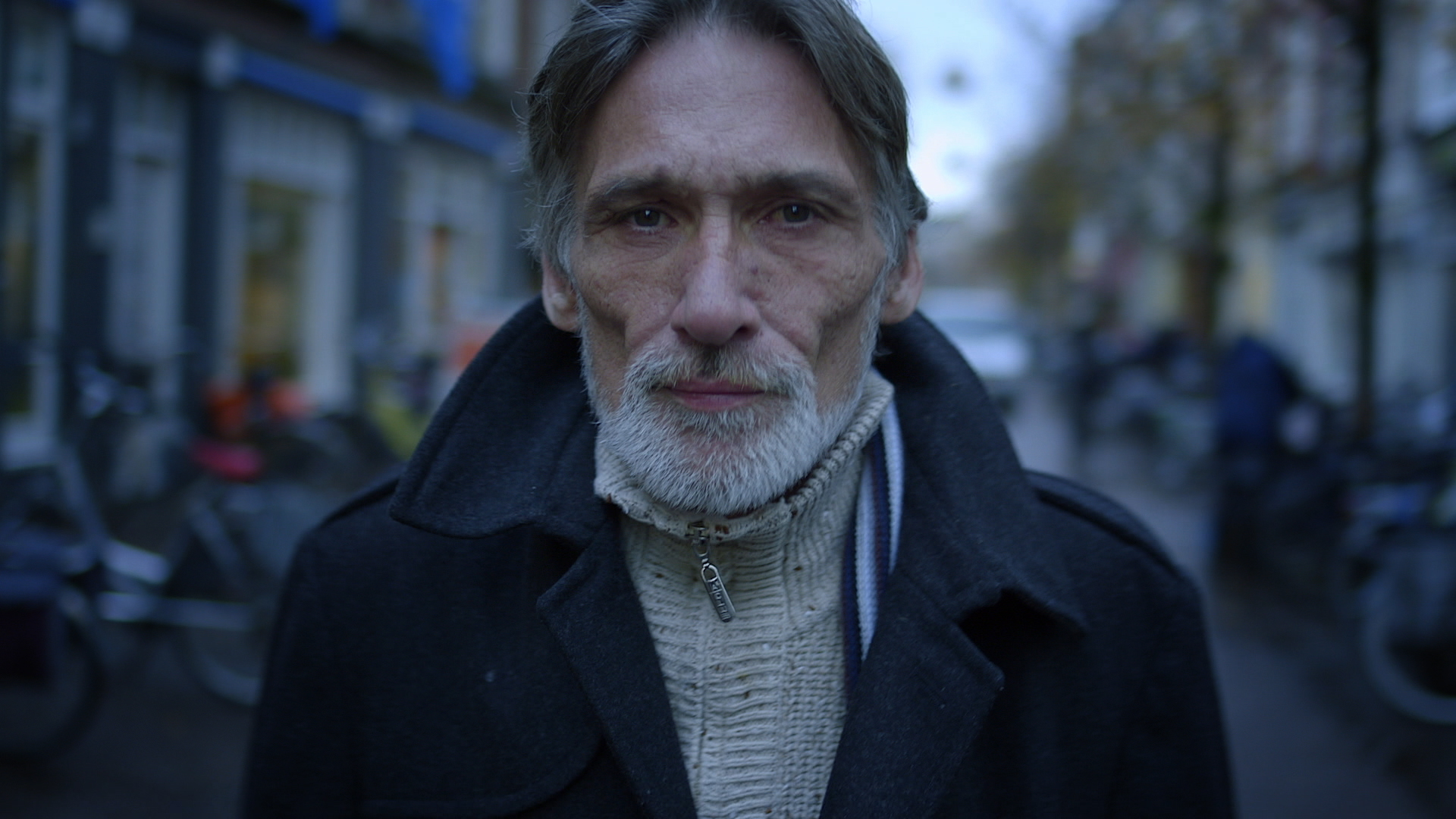 GHOSTS FROM THE PAST – by Walther Grotenhuis en Cinta Forgeer
In solitary confinement of a prison Viggo wonders why he developed from a sensitive little boy into a merciless criminal.He decides to give up his criminal existence for good and dives into his past to avoid making the very same mistakes a second time. Viggo realises that the damage he suffered because of his family might jeopardise his new life. His quest, in which he drags his two sisters, leads to painful confrontations with their past and also with one another. The secrets of their incestuous family and manipulative father are unravelled little by little. 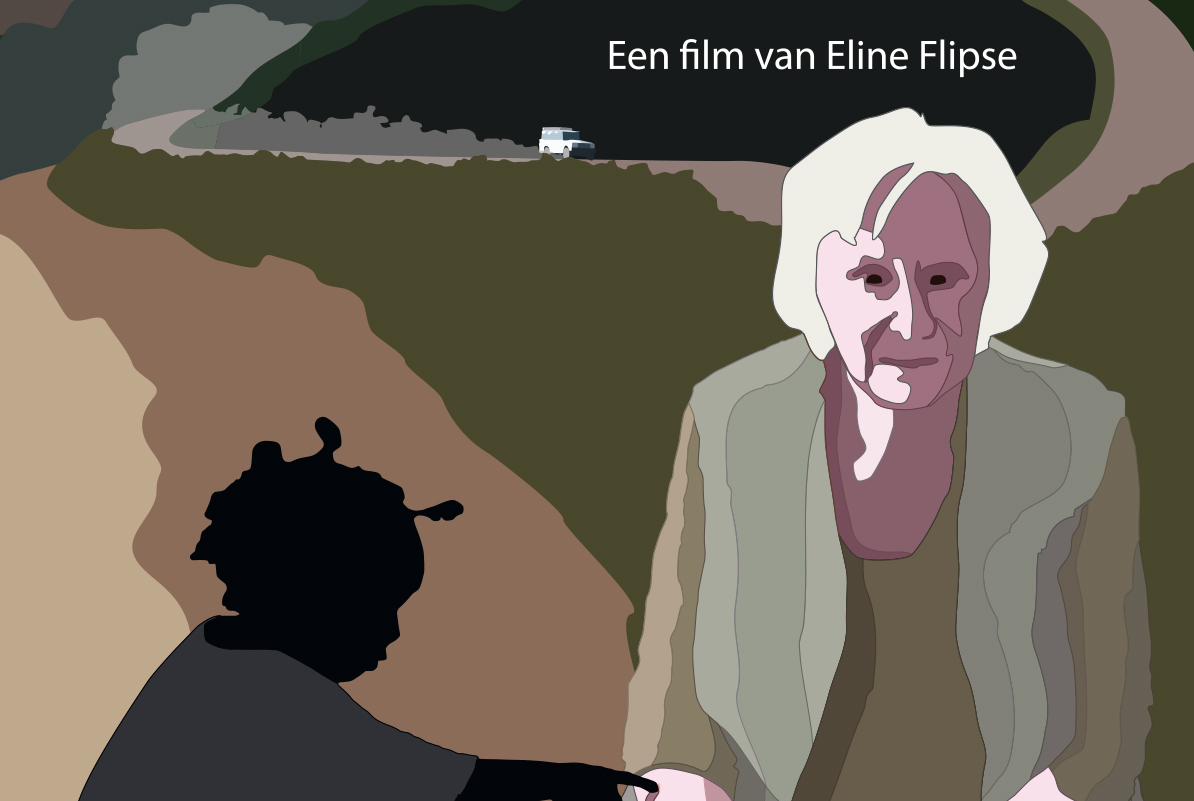 FORENGIE…FORENGIE! – by director Eline Flipse
Helping poor people in Africa is still a noble goal.But is it an easy way to do it all by yourself? And the Africans, are they happen with the white Forengies? 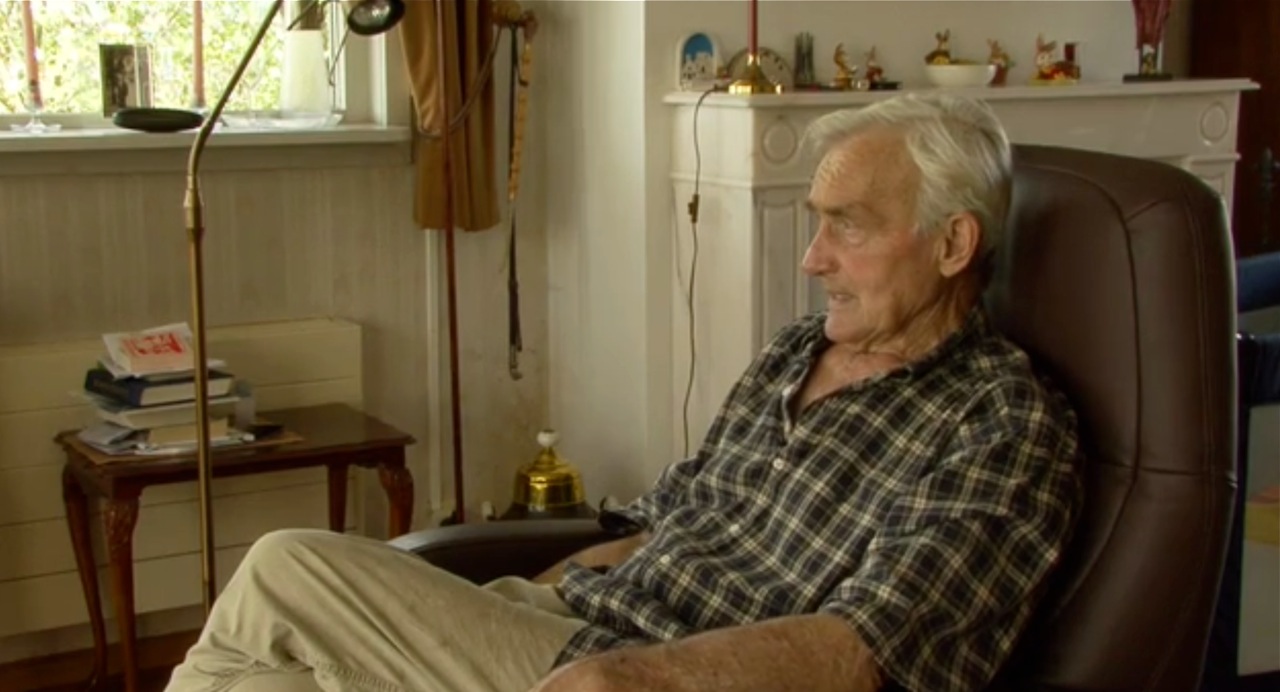 OLD TREES
Faith, hope and love … that is what the close De Haas gardeners’ family is all about. But are family ties strong enough to fight together against the threatening expropriation, which the municipality is introducing unrelentingly? A film by Deborah van Dam
Co-production HUMAN & WINDMILL FILM