Recensies
“What makes us so quick to label something as ‘weird’ or ‘abnormal’? What makes us feel entitled to do so in the first place? This film may not answer these questions, but it will certainly get you thinking about them.”

Hobbyhorse Revolution is a documentary by the Oscar-nominated director Selma Vihunen. It focuses on the Finnish phenomenon that has thousands of young girls competing in the equestrian events of dressage and jumping upon the backs of stick horses. The film follows three avid competitors– Alisa, Aisku and Elsa– as they trot, canter and jump their way through life. We watch the girls, all of whom face very real struggles in the real world, take refuge in the world of hobby horses.

If you’re looking for a deep dive on the origins, specific rules, or judging criteria of hobbyhorse competitions, this is not that film, and I must admit, I initially walked away disappointed because of that. Upon further analysis, however, I realized this film is an incredibly thought-provoking piece that forced me to question my understanding of social norms, examine the profound power of escapism, and see the undeniable good that comes from a sense of belonging. What makes us so quick to label something as “weird” or “abnormal”? What makes us feel entitled to do so in the first place? This film may not answer these questions, but it will certainly get you thinking about them.

Throughout the film, the girls describe the different personalities of their horses, many of whom they’ve made themselves, show us their feeding schedules, training programs and bloodlines. The one thought that kept popping into my head was, “this is so much like Dungeons & Dragons!” For those of you unfamiliar, Dungeons & Dragons is a role playing game where players develop characters, writing their specific traits down on character sheets, and are led through quests by an all-knowing dungeon master. I played quite a bit in my middle/high school days. For the girls that ride stick horses, each individual horse is a character with particular traits, strengths and weaknesses. Instead of going on a quest, they are riding and training for competition.

So when comparing these two activities — both forms of escapism in the truest sense of the word, both games of some nature, both requiring those involved to play a bit of pretend — what makes one slightly nerdy but still in the realm of normal, and the other downright strange in the eyes of society? The girls struggle with society’s perception of their sport of choice. They constantly try to hide their hobbyhorse devotion, facing fierce bullying when found out. It’s a question worth pondering and this film may make you re-evaluate your definition of “normal.”

Hobbyhorse Revolution has a ton of heart and that is largely due to the girls it follows, each one equal parts vulnerable and inspiring. Being a confident young woman has never been easy, and within the ultra supportive hobbyhorse community they are able to find a sense of belonging even if they feel marginalized in other parts of their lives. It helps them bring out their best qualities and gives them the strength to keep going under difficult circumstances.

While I would have liked a little more information on the sport of hobbyhorse riding for context, I was deeply moved by Hobbyhorse Revolution, awarding it 4 out of 5 carrots. It will be available for viewing in the United States on Amazon, iTunes, Google Play, Vudu, DVD and Blu-ray on April 24th, and I highly recommend checking out this thoughtful slice-of-life documentary. 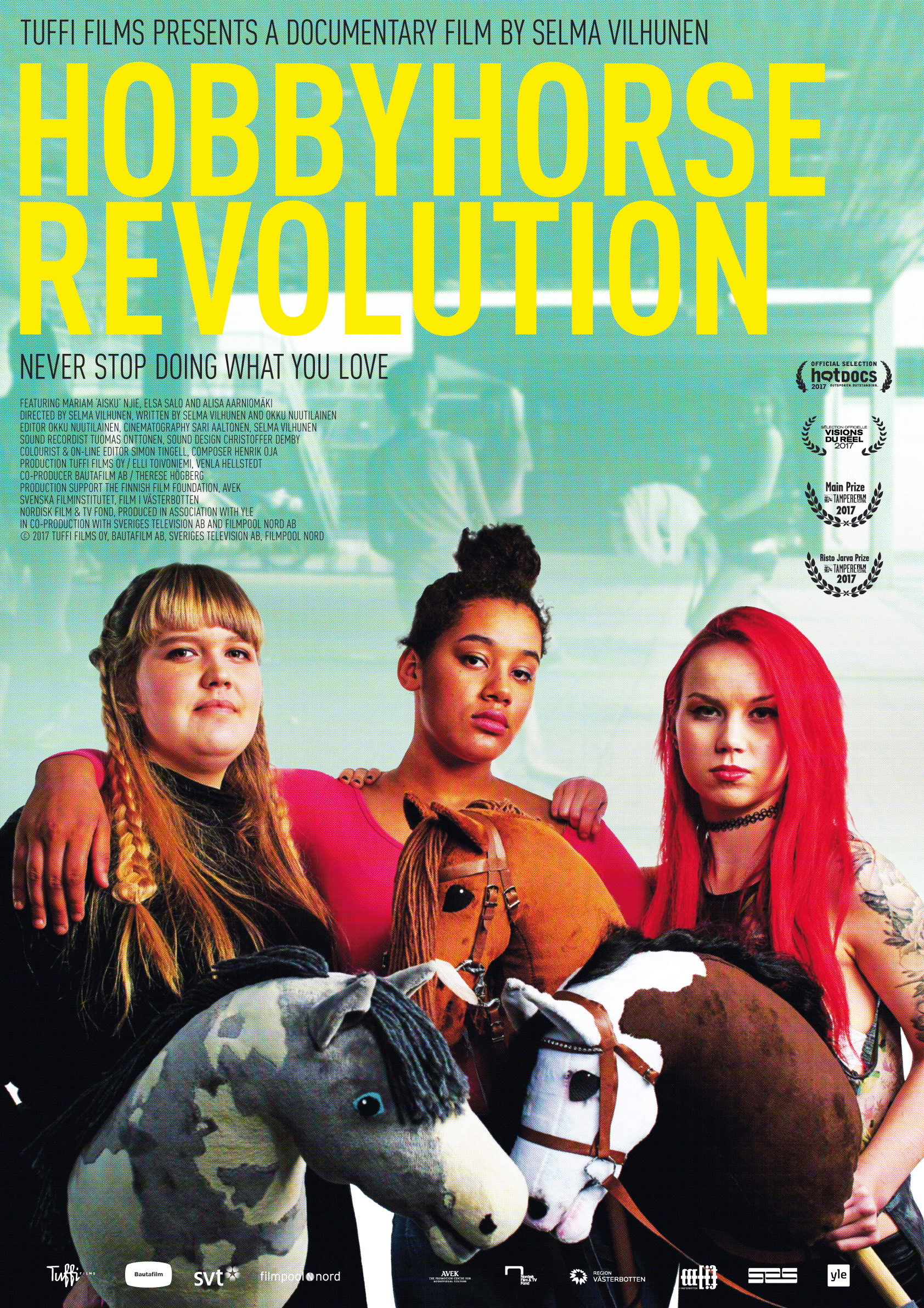