SHEEP HERO tells the story of Shepherd Stijn, an outspoken idealist who may have been born in the wrong place and era. He feels at home on the quiet heathlands tending his sheep, far away from today’s hecticWestern society. Stijn and his family fight to maintain their quiet and simple life, but this is proving to be increasingly difficult in a densely populated, modern world where the power of money and mass productionoutweighs good intentions and slow traditions. The family is heading towards a turning point: they can either continue their downward spiral or throw in the towel.

The documentary starts from the romantic idea of living a mindful life as a sheep herder, but then clearly reveals the frustration of a non-conformist who is only trying to live his own life. The beautiful images and storyline of the documentary clearly depict the constant physical and mental struggle of the protagonist as he tries to strike a balance between his ancient profession and being a modern-day entrepreneur. Stijn has tomake a choice, does he keep on fighting the system or is there another option? 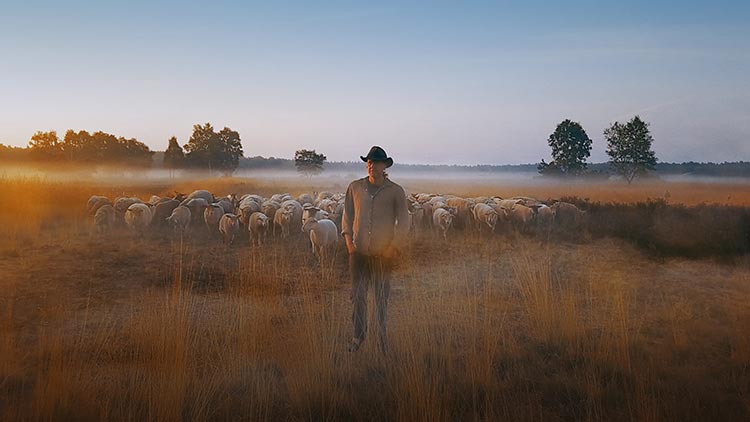